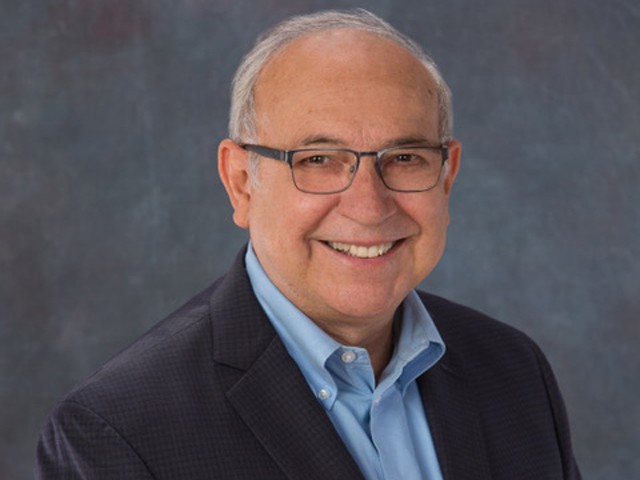 Francisco Stork’s youth was so compelling that it makes for a great novel.

He was born in Monterrey, Mexico in 1953 to a single mother from a middle class family in Tampico (a city on the Gulf of Mexico). She was sent to live in a convent in Monterrey, because her father did not want anyone to know that she was going to have a child out of wedlock.

Six years later, his mother married a retired man more twenty years her senior, named Charles Stork, and he adopted Francisco and gave him his last name. After some time, Charles decided to bring the family to the United States for more opportunities. The three of them moved to El Paso, Texas when Francisco was nine. When Francisco was 13, Charles died in an automobile accident, and Francisco and his mom moved to the public housing projects of El Paso. Because of Francisco’s phenomenal grades, he was able to obtain scholarships to attend prestigious schools such as, Harvard and later Columbia Law School, which would change the direction of his life.

It was not until his late 40’s, while working full-time as an attorney, that Stork wrote his first fiction novel for adults. By the time he was working on his second book, his two children were teenagers, so he started reaching back into the riveting memories of his youth and wrote them down. Today, he’s a young adult fiction author of seven novels. His last book, “Disappeared,” hit shelves this fall.

“I like writing about young people,” says the author, now 64, who lives in a town outside Wellesley, Mass. There are a lot of important decisions that are made at that age.”

For his first young adult book, “Behind the Eyes” (2006), he wanted to share his experiences growing up in El Paso and living in the projects.

“My kids had a very comfortable life,” says Stork. “I told the story of a young man in El Paso who gets in trouble with gangs. He was smart just like I was but was afraid to show he was smart.”

This plot parallels his own life.

“When I was a little boy, I wanted to be a writer, because I loved to read,” says Stork. “In high school, I started keeping a journal. I started enjoying being alone and writing things.”

He says writing about personal situations became a habit for him that continued with him through graduate school and has lasted his entire life.

“I was always guided by things to help me become a writer,” says Stork, adding that writing also provided a sense of self-acceptance for him. “You feel like your self-worth is validated.”

Although, Stork’s first love and passion has always been writing, when he was studying Latin American literature at Harvard, he later decided to pursue a career in real estate law.

“I didn’t see any relevance to some of the topics I was asked to write about it,” says Stork about his time at Harvard. “I thought maybe if I did something more practical to make a living, I could write on the side.”

However, little did he know how time consuming the law profession would be. It was 25 years later that he was finally able to write.

“Eventually, I found my way to the public sector, and the last 15 years I worked in affordable housing,” says Stork. “It was a job that was 9 to 5, and I had some time to write. It was challenging, but it was doing that job that I was able to write most of my books – almost all, except the last, were written when I was a lawyer.”

He say a lot of the stories were in him for a long time like little seeds, and then somehow they eventually blossomed.

“Usually the character comes first, and then I imagine a person growing inside of me,” explains Stork.

In his book, “The Memory of Light” (2016), he wrote about a teenage girl recovering from depression after a suicide attempt. This is also a topic close to the author’s heart.

“Depression started when I was a teenager, and it continued through my life,” says Stork. “Ten years ago, I was diagnosed with bipolar disorder…In this book, I wanted to focus on the recovery aspect – that hasn’t been covered too much – the day to day to getting better. I poured into that book all of my experiences – it took me four years. It had to be hopeful so that if it fell into the hands of a young person with depression, it would turn them in the right direction.”

What helped him recover?

“I had my family, my wife and my kids – I really didn’t have an option to be out of commission – they depended on me,” says Stork. “A lot of what helped me was trying to understand that it was an illness. When you have thoughts of not being worthy – [I now understand] that’s from the illness.”

“All my characters are Mexican-American – first or second generation,” he says. “Some are poor, some are smart, some have struggles – it’s really all over the spectrum. Hopefully I’m showing that these are human beings that happen to be Mexican – the race is not the focus, but an integral part…My hope is that the book becomes a space where young people see themselves reflected.”

His latest novel, “Disappeared,” came right after the one about the girl with depression. The idea for it came during the 2016 U.S. Presidential campaign.

“There were stories of Mexicans raping and killing young women, and I was sort of amazed at the number of people who kind of rallied behind this opposition to the undocumented immigrant, and the picture that was being painted of Mexicans,” says Stork. “I felt angry and wanted to do something with that anger… I wanted to show how complex the Mexican society was.”

So Stork decided to write about a fictional brother and sister in Juarez, and the factual topic of femicide happening all over Mexico and Latin America –thousands of women and girls have gone missing, or been killed, for more than two decades.

“As a writer, the most important thing is that you enable the reader to go into the world of the novel and become a part of it,” says Stork. “What would be great is that if the novel brings a greater understanding of the people that are sometimes hated. We don’t understand the world they come from. We don’t realize how technologically advanced Mexico is, for example…The disrespect of women that led to all these killings of women – these feelings are also in the U.S. – which we are seeing now.”

He’s already thinking that his next book is going to talk about the same brother and sister, and their life now in the U.S.

What would be the most important piece of life advice he’d like to give his younger self?

“I would tell my younger self to concentrate on the enjoyment of the work itself. Don’t worry about the rewards – which may come or not come – just do your best. Do something that you enjoy, and something that is useful for others. Whatever happens after that is up to God and is in His hands…”

2 thoughts on “For a former attorney, now young adult author, representation is key”