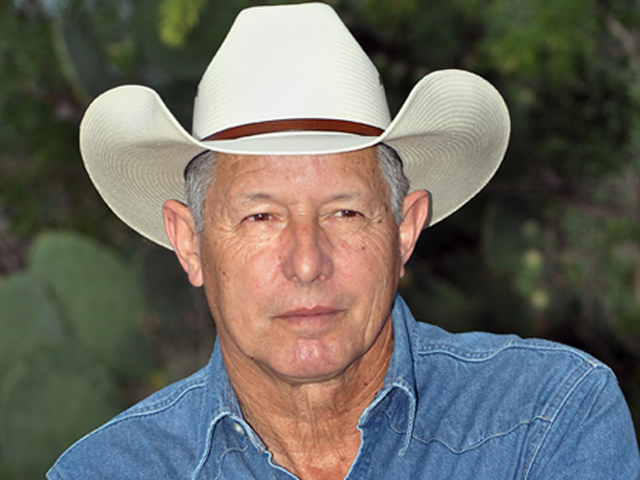 Armando Hinojosa is a proud Texan, born and raised in the southwestern city of Laredo. His family has inhabited the Lone Star State as early as 1755.

He calls himself “a Tejano,” because his father came from Mexico and married his American mother, who was a direct descendant of the founder of Laredo, Don Tomas Sanchez. But perhaps what makes him even more proud, is the fact he dedicates each day to carrying on his late father’s work as an artist – and he does so with love and careful attention to the slightest detail.

With more than 40 years of experience, the 70-year-old has sculpted bronze pieces for Sea World, Boy Scouts of America, as well as the largest monument at any state capitol in the nation – the 11-piece, life-size, Tejano monument in Austin. On September 6, his statue of Gil Steinke will be unveiled. He was the head football coach at A&I University for 22 years and the first to recruit Black and Hispanic players, according to Hinojosa. 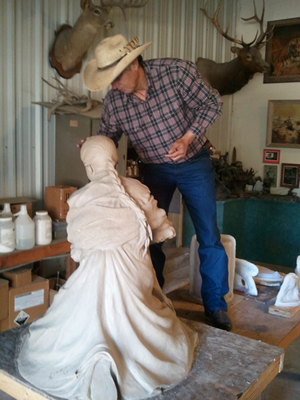 “I love all my projects, and I put my whole heart in each one, but the one that has given me the most respect is the Tejano Monument,” he says. “Three-fourths of the Tejano Monument is made up of Hispanics…We were here before any Anglos were here. We’ve been here for 500 years.”

The energetic Tejano says every project he receives is a new challenge for him. Although, he loves every piece he works on and puts his full attention on each one, he never dwells on the past once he’s done.

“I gotta move on,” he says. “I gotta work for the future now. I’m ready for something new.”

Hinojosa excitedly mentions the Cotulla Convention Center in South Texas has already booked him to make a life-size sculpture of the city’s founder, Joseph Cotulla.

“I do everything in clay,” says the busy sculptor. “You can buy it green, grey, or brown. Then I send it to the foundry where they make a mold…a five foot statue will cost about $30,000 and three months to make, but it’ll last forever.”

He explains it took him 12 years to finish the Tejano Monument, because it took that long to raise the funds.

Ever since graduating college, teaching had been Hinojosa’s primary source of income.

“I married my wife, and we had three kids,” remembers Hinojosa, stating fondly that his wife was an award-winning teacher. “I was a teacher seven or eight years, then I started in the arts.”

After opening up his own gallery and running it for about five years,  he says he went back to teaching another 10 years, at the end of which he was hired as Dean of Art for a new arts high school in Laredo.

“I was there for 20 years. I would get up at six in the morning, work in my studio till eight, then go to school,” recounts Hinojosa. “I was never lazy. I was doing both, but when I got the Tejano Monument, I quit and I’ve been doing art since.”

These days he spends his days sculpting, and his nights painting cowboy or Mexican themes, with either watercolors or oils. He says he is often reminded of when he first started his career with his dad.

“He would paint billboards,” says Hinojosa. “My dad would draw the letters, and I would paint the inside….Then I went to high school. While other people had jobs in stores, I was helping my dad paint the signs outside.”

He says his talented dad is still known throughout Laredo by his first name, Geronimo. Years ago, he had been hired to do props for Hollywood, but he didn’t go, because he didn’t know English. Geronimo only had a sixth grade education, but Hinojosa is very grateful for the invaluable lessons he passed down to him.

“Have a dream and stick to it,” Hinojosa says is one of those lessons. “You have to pay your dues. You have to keep at it. When I first started, I didn’t paint or sculpt like I do now. I was born with it, but I also learned from my dad.”