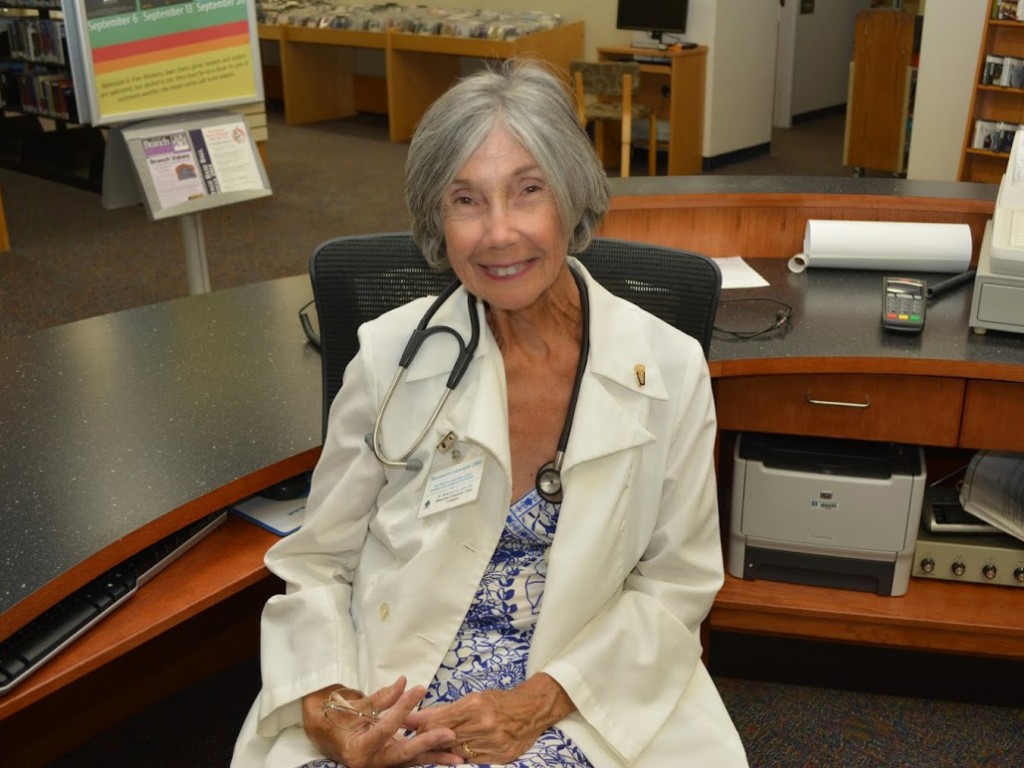 Beth Farren, 70, continues living her life doing what she loves most – nursing, teaching, and fitting in the time to play tennis.

Originally from Chicago, she has lived in Dallas for the past 33 years, where she volunteers as a nurse practitioner at a nearby clinic, teaches nursing online at Texas Tech, and sits on the board of the North Texas Nurse Practitioners – where she helps raise money for social causes.

“I have lovely days,” says Farren, in her kind, soft voice. “Some days, I diagnose and treat women’s health – pelvic exams, breast exams, pulmonary exams…I also work in the neurology clinic and dermatology clinic. Both have specialty doctors, and I’m their nurse.”

Farren says she started teaching way before she became a nurse practitioner – a career which requires advanced coursework and clinical education beyond that required of a registered nurse.

After getting her bachelor’s degree in nursing from the University of Tennessee at Chattanooga, Farren says she started to think about getting a masters.

“The new dean of the nursing program called me and asked me if I wanted to come teach,” she remembers. “I told her I only had a bachelor’s degree, but she told me they didn’t have enough people with master’s degree, so she was asking those with bachelor’s degrees to do clinical teaching.”

So Farren made an arrangement with her then husband where he helped with their little boys in the morning.

“I started, and I loved it,” says Farren about her first teaching experience. “I taught for them for 10 years.”

During her time in Tennessee, she also worked with women who didn’t have access to prenatal care.

“They were just learning about premature births at that time,” says Farren who took a course in working with premature babies. “I learned that some babies would not have been premature if the mom had just had good prenatal care. I began to be passionate about it.”

So while working on her master’s, she decided she was more interested in prevention and taking care of patients that would benefit from education.

“I mentally left the hospital and pursued courses,” says Farren. “Nowadays, practitioners have a great variety of roles, but when I became a nurse practitioner, we worked outside of the hospitals trying to prevent people from going to the hospital.”

After earning her master’s degree, she moved to Texas for a job opportunity, and there she also earned her doctorate degree.

“I always volunteered one night a week, when my boys were older, at the free clinic,” says Farren. “I’m nothing special. They were just opportunities I had.”

Some of those opportunities included going to Poland and Romania, who were moving away from communism, to teach standards of practice; as well as working at a Cuban refugee camp in Wisconsin one summer.

“In the early ‘80s, Fidel Castro let a bunch of people from psychiatric facilities in Cuba come to America, and all these people showed up in Miami on boats and rafts, and the Army started taking them to different bases to try and take care of them,” says Farren. “The fort I was in was considered a family camp with a lot of pregnant women and children…a number of my patients told me they had been in prison, and I strongly believe a lot of them were political prisoners.”

Perhaps the most impactful moment of her long career, she says, was the moment she thought she might lose her son.

“About 15 years ago, my son had a very serious emergency, and I wound up taking him down to the county hospital here in Dallas,” recounts Farren about her son’s gastric bleed. “One of my students was in the emergency room. She looked up and saw me, and said, ‘Dr. Farren, I’m going to take care of this.’ I realized in that moment that I was able to tell her how much blood he’d lost, and she was able to believe me, because she knew who I was.”

The next day, she says another one of her students took care of him.

“It’s just one of the most humbling things,” says Farren about the whole experience. “I had just done my job to teach these girls, and there they were when I needed them. It wasn’t anything special I did – just the rhythms of life.”

She says her piece of advice to the younger generation is:

“Remember to do what you love, and trust that it will all be ok,” says Farren. “We all worry so much, thinking, ‘Can I make a living doing this?’ ‘Is it even doable?’ I got my doctorate as a single mom, while I worked full-time and did part-time jobs on the side, and nobody in their right mind told me it was a doable thing, but it was.”