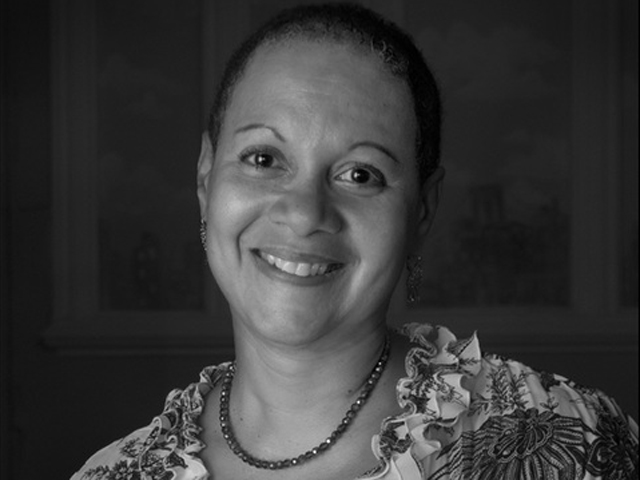 Maria Aponte was born and raised an only child in East Harlem, otherwise known as “El Barrio,” in New York City, to Puerto Rican parents.

Because she lost her mother at 16, and her father at 22, loneliness was a battle she fought most of her life, but it was also what made her the undefeated warrior and artist that she is today. And perhaps, the eternal yearning for parental guidance and wisdom, is what drove her to create a non-profit which honors elders later in life.

At 60, Aponte has achieved much. She has written and performed two one-woman plays, the autobiographical “Lagrimas de mis Madres,” and “I Will Not Be Silenced,” based on the life of Sor Juana Ines de la Cruz. She has also written a poetry book, and a memoir, “The Gift of Loss,” which most recently hit shelves. In addition to working full-time in career development at Fordham University, she also started a non-profit called Latina 50 Plus four years ago, through which she honors other Latina pioneers over the age of 50.

“I got the opportunity to tell my story in “Lagrimas de mis madres,” says Aponte about the play based on the women in her family, which she wrote during her undergrad years. 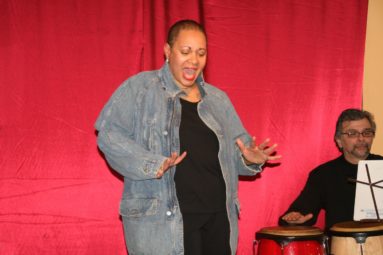 She says the story came easily, because she wrote the script using the poetry she had written throughout her youth.

“I wanted to tell this story, because I was the last woman in my family, and I thought it could help others,” says Aponte, adding that she knew her work touched the audience when people would wait in the lobby to thank her for her courage to tell her story. “Eventually, it became a full-length play on off-Broadway. I took it on the road for 10 and a half years around the country.”

Because she was not the “typical looking Puerto Rican actress” of the time, she explains, like Rita Moreno – but more Afro-Latina in appearance, Aponte says she found she would get more work if she wrote plays herself. Her next play about Sor Juana de la Cruz, she also developed into a one-woman show and took it on tour around the country.

“I was an introvert, and I think the arts saved me,” says Aponte, about how she dealt with the early death of her mother. “Even though it was painful, I was always able to use my art to deal with my pain.”

She says she knew she was born to be an artist as young as age 7.

“I knew I wanted to be in the theater ever since I was a munchkin in the school play, ‘The Wizard of Oz’ – I connected to the stage,” says Aponte. “I was jumping up and down one day, and I smelled dust from the wooden planks of the stage, and I loved the smell. My first influence was my drama teacher at 13 – I was learning lines and stage plotting…I knew then that I knew I would be an artist, and I always have been in some form.”

She adds that her favorite medium will always be theater.

“I love live theater,” says Aponte. “When I do a poetry reading, I end up performing…To me, it’s not just memorizing lines but developing character and taking the audience on a journey. I fell into the poetry thing in the 80’s, and that’s when I started writing more. My saving grace was the Nuyorican Poet’s Café. When I walked in, I felt like I was walking into El Barrio. That’s where I discovered my Puerto Rican pride, and where I connected with elders like Pedro Pietri.”

She says she also learned a lot from the late Miriam Colon who was the founder and director of NYC’s Puerto Rican Traveling Theater.

“My elders taught me about my history and my culture,” says Aponte, who moved to the Bronx in the 1980’s, where she still resides today with her husband and fellow storyteller, Bobby Gonzalez.

Now that she’s older, she would like to return the same favor and be an example for the youth she encounters.

Aponte has led a structured presence, in her otherwise diversified creative life, working full-time at Fordham University for the past 19 years. She has spent time in various departments, but has stayed in career services for the past 11 years – in the managing diversity initiative, and in 2014 she simultaneously completed her MA in Latino Studies.

“I don’t think you should stay stuck,” says Aponte. “I love the life I live today. A typical month could also involve sitting on panels and supporting other artists’ work. My heart is in the betterment and development of women of color.”

For herself, she realized how life growth happens in stages, over time, and she tries to teach that to others.

“I was always telling my story in pieces. I have played my grandmother, mother, myself as a child, and as a woman,” says Aponte. “I would never address my father. My parents separated when I was two. My dad was actually not a bad person, just an alcoholic. He was a percussionist and could sing…but I never experienced him myself, just from what I heard from others. I wanted to write also about forgiveness.”

Through her writing, Aponte says she has documented the amount of years it took her to become her own woman.

“It is about coming to terms with who you are, and thinking, ‘Wow, I went through all that,’ she says. “I have a tremendous gratitude for life. Like right now as I’m speaking to you, I’m smiling.”

She adds that most people don’t want to deal with emotion, but everyone has to at their own timing.

Why she created Latina 50 Plus?

“In the industry I work in, career development, I felt that older Latina women were disappearing,” says Aponte. “I felt I needed to create a space where their history wouldn’t be lost. We need to honor the elders who rolled up their sleeves before us.”

Latina 50 Plus is a non-profit currently in its fourth year. The fourth annual luncheon, taking place on June, 24, will be honoring seven women in the fields of art, community service, education, medicine, law and literature.

The next goal, she says, is a mentoring program.

Her advice to her younger self?

“Being a child caregiver, I would ignore myself,” says Aponte. “I had to really work hard on that. That’s how my brain worked. That could be your own obstacle…You have to have passion and persistence, because if you don’t, you can get swallowed up in the mundane stuff. You must discover yourself. Ask yourself, ‘Who am I?’ Everyone is going to have that moment. Don’t be afraid of it. Accept yourself with all of your imperfections. It’s ok if you mess up.”