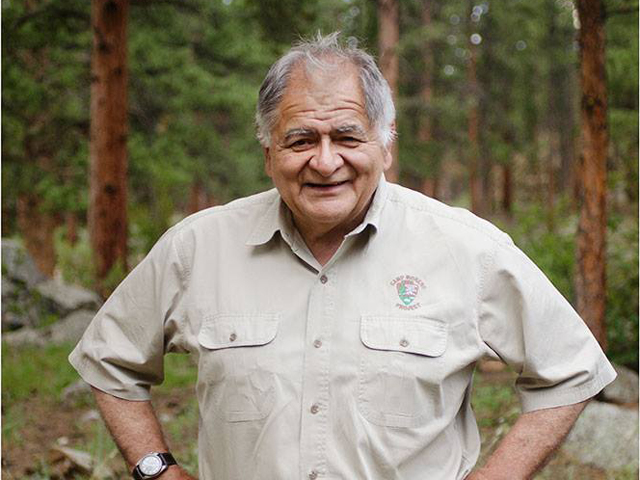 Throughout his life, Roberto Moreno has worn many hats from mountain real estate developer to journalist to mountain hotelier. However at 68, his lifelong mission is not even near completion.

For more than half a century, he’s been introducing the Latino community to the benefits of the outdoors and to embrace our national parks as a way of life. In 2006, he founded a Colorado-based non-profit the ALPINO Mountain Sports Foundation. Under the umbrella of the National Park Service, he also oversees the Camp Moreno Project with his wife, Louise, since 2008. Together, they have created overnight mountain recreation experiences for more than 28,500 Colorado, Arizona and Texas multicultural children and families. The project operates in seven national parks out  West, including Saguaro and the Grand Canyon.

Last September, Moreno was honored as one of the major contributors to Rocky Mountain National Park for the park’s 100-year celebration as part of a permanent exhibit.

“The exhibit, located at the History Colorado Center – our State History Museum – features a section devoted to my contributions to Rocky Mountain National Park,” says Moreno, who resides in Denver. “It features a continually running video and a historical  pictorial of my history with the park…I’m the only Latino to ever receive such recognition.

Moreno’s love affair with the outdoors began because of his father, a U.S. World War II vet born in Mexico. One day in 1956, when Moreno was 9, he remembers his father coming home very excited.

“He just happened to see the movie, ‘The Long, Long Trailer,’ with Lucille Ball and Cuban actor Desi Arnaz  where they went to Western destinations, like Yosemite National Park,” says Moreno, whose parents were campesinos. “My dad said, ‘If Ricky Ricardo can go camping, so can we.’ From that day forward, we went to Yosemite every single year.”

Moreno says that experience led to him falling in love with the outdoors and make him want to share the experience with others who might not otherwise think about it as an option.

“Camping is one of the less expensive ways of getting involved in the outdoors,” says Moreno. “There’s a tremendous amount of interest in the Latino community, but if you don’t grow up in it, you end up developing ridiculous stereotypes that it’s very hard and life threatening. A lot of it revolves around fear –  you don’t want to be the only Latino family at a campground.”

Through his camp program, Moreno says he tries to make families understand the fundamental value of the outdoors to families and teach them how to replicate the experience on their own.

“Having quality time together, and convincing people that we should be taking advantage of it, because it belongs to all of us.” he adds. “We are a program that shows how you can be a camping family for less than $200. How you can shop garage sales to get the basic materials you need. All of my grandkids now are involved in the outdoors. When my family gets together, the experiences that mean the most to them is the times we spent outdoors.” 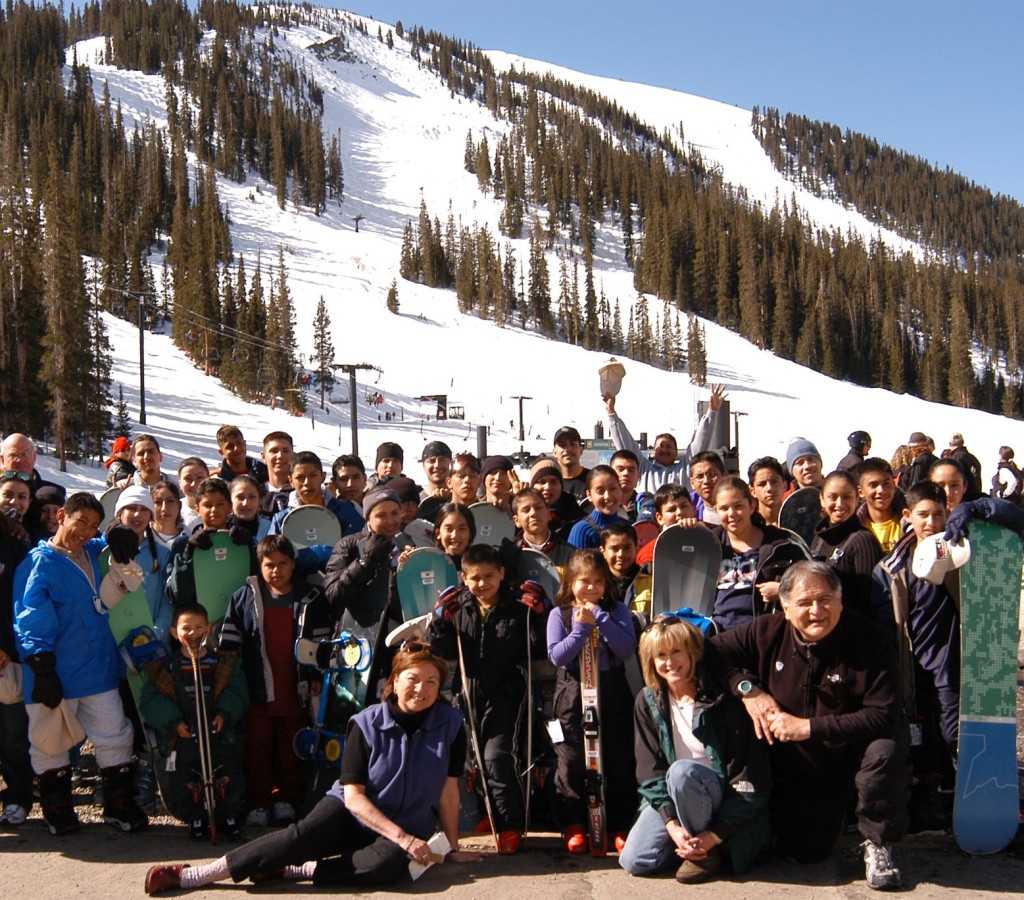 Roberto Moreno at one of his mountain getaways with 30 kids and their families. (Courtesy Alpino Mountain Foundation)

He says he only wishes he had more finances and resources to be able to provide for the demand that’s out there.

“We have waiting lists,” says Moreno, who wants to plan a camping trip to one of the national parks in the Northeast if possible in the near future.

But he will continue sharing his knowledge about parks one family at a time, because he understands how it impacted his life for the better.

“It makes you understand that you have options,” says Moreno. “It makes you understand that there’s a world out there that’s bigger than the one that you were born into. In my case, it was East LA. I wanted to be part of [the outside] world. It’s with some pride that because of my father that happened to see a movie that I started on a path that has ruled my life, and why I’m so dedicated to this whole problem of exclusivity…If we don’t have a way to make [the parks] resonate with people of color, if they’re not relevant to their life, they won’t support them financially, and they are not going to feel any obligation to protect them.”

Looking back on his long career, what does Moreno wish he knew when he was younger?

“I wish as a younger person, I’d have had more faith in my interpersonal skills,” he says. “One of the reasons why I focused on print journalism, rather than television, was that growing up in East LA, I had an accent…When I went to Columbia University, I had to decide whether I wanted to study print or broadcast journalism, and I chose print because I thought I’d have more impact, but I would have liked to give broadcast a shot…I probably didn’t have as much confidence as I do now. Over the years, I realized that I became pretty good at public speaking, and I even became a keynote speaker. I probably would have liked to explore that side of me a little. That’s my one regret, but it’s been a blast.”