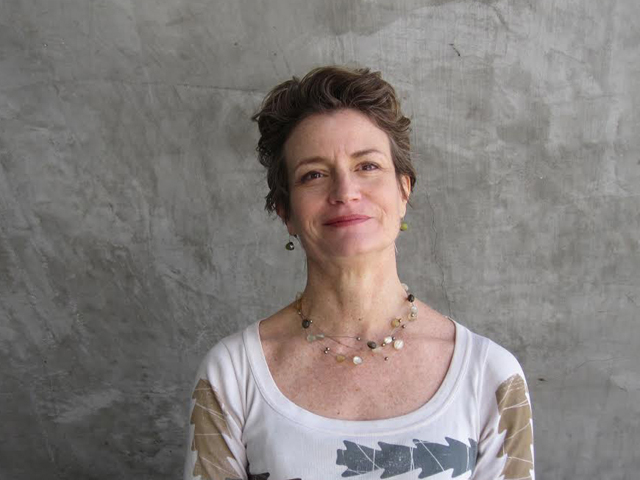 After studying architecture in college and landing a career in publishing because of her love of reading, Ashton Applewhite never thought she’d be a writer. Not only did she become one at age 40, she became the first woman to get four books on The New York Times best-seller list at once.

After writing on varied topics from her divorce to inspiration for people with AIDS, she’s now tackling the concept of ageism through the written word.

For the past seven years Applewhite says she’s been interviewing people over 80, and who are still in the workforce. Those interviews developed into material for her next book.

“‘How’s ‘This Chair Rocks: A Proaging Manifesto’ for a title?,” asks Applewhite about her work in progress. “It is a manifesto.”

The 62-year-old New Yorker says she was inspired by her in-laws who are themselves booksellers in their 90’s.

“I started learning about longevity,” says Applewhite. “Everything I learned was so much more positive than what I thought I knew. I started wondering why we don’t know this stuff.”

The reason is, she says, is because we live in an ageist society that focuses on the negative.

She goes on to say that people are conditioned to start dreading their birthdays as they get older.

“We look back and think, ‘Wow, that was way better than I thought,” says Applewhite. “Now that we’re all living much longer, it’s really important to overturn these negative stereotypes.”

So that’s what she’s on a mission to do now.

“I would feel honored to follow in the footsteps of Maggie Kuhn who founded the Gray Panthers [at 65],” says Applewhite about her elder rights activist hero of the 1970’s. “She was bold and radical, and put ageism on the map.”

While Applewhite is not writing her book, the grandmother of three blogs, and also works as a writer at the American Museum of Natural History two days a week.

“I work with teachers and scientists for materials for science teachers,” she says. “I have no science background. I dive into subjects I know nothing about.”

She recommends everyone take a chance.

“The stakes are seldom fatal,” says Applewhite. “Should I have married the man I married? I wouldn’t have written the book I wrote, or had the kids I had. On the other hand, it wasn’t easy learning those life lessons, but I’m not sorry I did.”