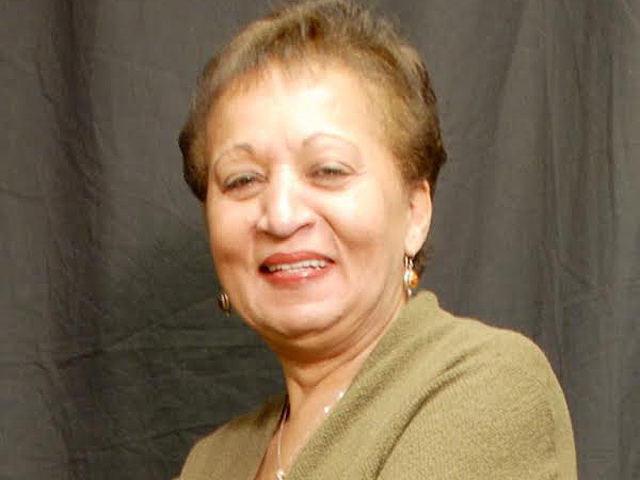 Joyce Roché has climbed higher on the corporate ladder than most. For her, it was learning about opportunities she never knew existed, and learning to conquer self-doubt, that made all the difference.

Although officially retired from her CEO position, Roché, 67,  has not slowed down. The New Orleans native, presently residing in Savannah, Georgia, now spends her time as a board member of four Fortune 500 companies and traveling to speak about her recently published business memoir, “The Empress Has No Clothes: Conquering Self-Doubt to Embrace Success.” She also provides a supportive online community for people to share their experiences with self-doubt, and their techniques for conquering them.

“I thought I was actually going to be a school teacher, and I majored in math education in college and actually went all the way to getting a teaching certificate, but during senior year I learned about business school, and I decided to pursue an MBA,” says Roché.

It had been a conversation with her boyfriend, and his friends, which opened her eyes to the world of business for the first time, she remembers.

“I thought I should at least give it a shot,” says Roché. “Although I enjoyed working with kids, I thought, ‘Am I doing it because it’s all I know. I should at least investigate it.’ I’m very happy I made that choice. It opened up a whole new world to me, and opportunities that I never dreamed of.”

She says before studying for her MBA at Columbia University, she didn’t know anything about marketing, or anybody in the business world.

“I never thought I could be the president of a company, or on a corporate board,” says Roché, adding her first “real job” was in Avon’s merchandising department. “I am hugely grateful that the opportunity presented itself, and I took a look at it.”

But that’s not to say all of her hard work and dedication to get to the top didn’t come with struggles – one of her biggest being self-doubt. Self-doubt had played such a prominent role in her life, she says, that she wrote a letter about it which was published in the book, “What I Know Now: Letters to My Younger Self” by Ellyn Spragins.

“My letter talked about how as I was climbing the corporate ladder, there was a constant self-doubt that people were going to find out I wasn’t prepared, or smart enough, which caused me to work longer hours and not enjoy my success,” says Roché.

She says she started getting so many e-mails and letters from people saying that I was telling their story. About five years later, she decided to write her book.

“If I could explore how I learned to enjoy my journey, and communicate that to others, and give them techniques to get to that place faster, that was my impetus,” says Roché about the book for which she interviewed more than a dozen prominent business leaders who also struggled with self-doubt.

After a lot of hard work, and learning to overcome her self-doubt, Roché says keeping her options open helped her succeed in a world dominated by men.

“I didn’t have a five year plan,” she says. “I realized the world was changing way too fast. I think being able to take a risk to do different kinds of things…really led me to the growth I was able to achieve.”

During her time heading Girls, Inc., while visiting chapters in the U.S. and Canada, Roché also saw that the young girls in the program also needed to be able to see the possibilities in the world, and not be narrowed by expectations, just because the color of their skin.

“They never knew that science or chemistry could be used in the beauty industry, or they never saw women leading companies,” says Roché. “To open that lens…and to encourage them to have the courage to pursue those opportunities, I think that’s the big advantage that Girls Inc. provides to our girls.”

And if she had to pick one piece of life advice to tell her younger self, what would it be?

“To relax – you do deserve a place at the table. You are smart. You do have the skill set. Relax and enjoy the journey.”