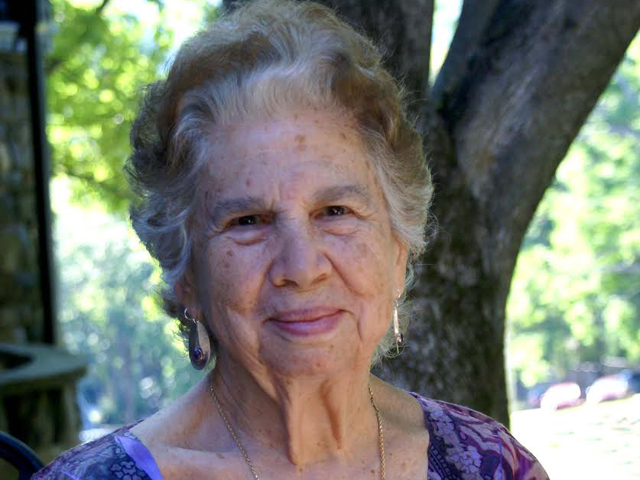 Nancy Goldberg is 78, and she says she feels in better shape now than she did at 50.

What is her secret?

Working outdoors and teaching kids, says the owner and director of Belvoir Terrace – a sports and performing arts summer camp for girls in Lenox, Massachusetts. She also runs or swims, for 30 minutes, six days a week, and follows a vegan diet.

“I work seven days a week,” says the savvy business woman who works out of her New York City apartment most days out of the year, and then spends May through September at Belvoir Terrace. “I do exercise in the morning, then I come back and work.”

Goldberg says her work entails, but is not limited to, bookkeeping, interviewing camp staff and attendee applicants, and raising money for scholarships. May 1 through 10, she plans on leading an online auction for the Edna Y. Schwartz Scholarship Fund on the site, BiddingforGood.

“We are raising around $150,000 a year,” says Goldberg who fundraises for girls who can’t afford to pay the tuition for the six-week summer program.

For Goldberg, Belvoir Terrace is her home away from home, and there is nothing she loves more than sharing it with other girls. She was 19 herself when she first started attending Belvoir Terrace as a counselor. That was the year her mother bought the camp.

“I was a freshman in college, and I’ve been there 61 summers, since 1944,” she says proudly. “I love Lenox. I don’t think I’d want to be in New York during the summers. It’s much better to be in the country…I interact with the kids and staff out of the office. We don’t have TVs, cell phones or subways – people have time to listen.”

Goldberg says she also employs 90 teachers, and an extra staff of 10, to teach and oversee approximately 160 girls every summer. Kids get a lot of attention, she says, because there are six to eight girls per class.

She also prides herself that girls come from all over the country, and all over the world, to play tennis, swim, draw and play music at her summer camp. She already has two kids from Russia signed up this year, as well as one from Spain, Mexico, and a girl from Venezuela.

“We don’t make a lot of money, but I don’t care – it’s about education,” says the lifelong educator, who has a master’s in education from Harvard University.

Goldberg taught English in the Massachusetts public school system for nearly a decade and was the manager of the Children’s Dance Program at Steps Studio in NYC throughout the 1980’s.

“When girls accomplish something away from their parents, they really own it,” says Goldberg about the benefits of Belvoir. “I think the staff also benefits from the experience. They learn how to regroup, be responsible, and it’s rewarding for us to see that.”

Working with people, being creative, and empowering people, is what she says she loves most about her job. Goldberg adds that she likes to advise young women to do whatever they do as well as they can, and to follow the policy of “win-win.”

“When somebody is nasty to you, be nice back,” she says. “Then the other person is dumbfounded. I never argue with kids, and I teach kids never to argue with each other. I let everybody win.”

“At least every day will be better,” says Goldberg. “People are amazed I’m 78. If you think all the time, that keeps your brain going. I’m very rarely by myself – that makes you more alert and have a fuller life…I don’t know how people retire. What do they do?”